Started the new year in an amazing self-exploring environment, putting my meditation practice into use! I was working as a kitchen manager for Vipassana meditators for 10days, with 7 people from different spectrum of a rainbow, exploring different colors of personality was so much fun.

Stepped into new year with my beautiful color card, encountered lot of copain/copine ( a new word I learned during my last weekend in Paris which does not exists in English. Copain/copine - someone is bit closer than a acquaintance but not very close enough to call  friend) I wish English had that word, that would make my life easy. My heart is overflowing with happiness with all the colors of a rainbow but sad to see most of my copain/copine in grey scale, who often forget to smile, scared to be alone, wanting to change the world, desperely trying to make the grey go away!  I wish I can share the bit of rainbow I have but the are just my copain/copine, they have not given me access to their hearts as my friends do. so standing at a distance hoping my rainbow will bring some simile in their life!  My dear copain/copine some words from favorite philosopher for you !

If you do not follow somebody you feel very lonely. Be lonely then. Why are you frightened of being alone? Because you are faced with yourself as you are and you find that you are empty, dull, stupid, ugly, guilty and anxious - a petty, shoddy, second-hand entity. Face the fact; look at it, do not run away from it. The moment you run away fear begins.


In enquiring into ourselves we are not isolating ourselves from the rest of the world. It is not an unhealthy process. Man throughout the world is caught up in the same daily problems as ourselves, so in enquiring into ourselves we are not being in the least neurotic because there is no difference between the individual and the collective. That is an actual fact. I have created the world as I am. So don't let us get lost in this battle between the part and the whole.

-J Krisnamurti
Posted by Uma Maheswari at 9:05 AM No comments:

Stillness in the movement

Stepping into 3rd year of yoga. I am still not fully able to understand my recent yoga obsession, often when my friends ask me about my experience with yoga, I was never able to give a convincing answer.  Practicing mostly Vinyāsa style, all the sweats, hard work, took one year even to touch my toes. I think I never had patience to do something which required so much of dedication and hard work and with very little 'visible progress'. 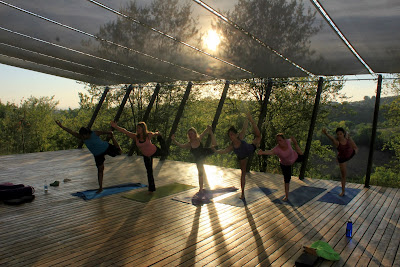 Yesterday it was a Vinyāsa flow class with candle lights and it was themed around, heart opening ( back bends), something I really don't enjoy, facing all the fears, letting things go, accepting my limitations. As we were preparing to do the Dancers pose (Natarajasana, shown in the photo), which can be sometimes very agitating, trying to go deeper in back bend with the other leg and getting a sense of balance in the other leg, not my favourite pose. My teacher gave a beautiful explanation to make peace with this pose, not to be agitated by trying to find the stillness in the movement. When the heart rates goes boom..boom..boom..and the blood starts flooding and rushing around the body, can I still balance things calmly in one leg? I think this is one of the thing yoga is teaching me silently for the past 2 years.  2013, was externally most agitated year, accidents, losing friends, reset in relationships yet internally very much at peace, may be thanks to yoga. 2013 was more like December in Europe, cold, deep silence of the snowy days and yet lot of celebrations and lights all around.
Posted by Uma Maheswari at 8:19 AM No comments: 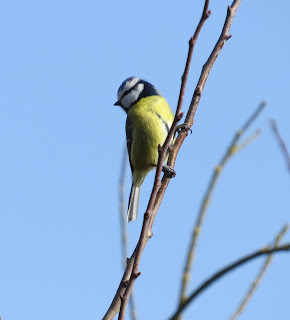 I feel I lost words after moving to England, if I have to write about the summary of life in cambridge, the closest one word description will be 'peaceful'. I am losing faith in words, even more so during the past few days. What I see, feel and experience is unique to me and my surroundings, how can I expect another man-made language  to have words for that?

I will try to explain this wordless communication with existence using a new 'passion' in my life, the birds. I was introduced to a whole new world of birds few years back during the Easter holidays by a friend. They might have existed even before that Easter, there are evidences for their existence in books describing them and people have given different names,  I use these books to identify them, most of them were printed before that Easter.  So these birds might have existed for a long time.

Only very few existed in my world before that Easter, may be Chicken and Rooster as they have ended up in my lunch plate few times, Pigeons and Crows as they come in huge numbers to my house and gardens in search of food and yes! Peacocks , Parrots and Kingfishers who can miss such bright colours.  But now my experience with them is beyond that, I hear them every time I step out of my house, as walk around the natural reserve in my work during lunch breaks and during my stroll in near by woods, I hear some bird-like sound from an empty autumn tree, I stop for few minutes, sometimes even for few hours under that tree, trying to locate the source of that sound, I scan through all those empty branches but only left with the feeling that the source of that sound have transcended my limited 3 dimensional perception of this world.  But sometimes for few seconds I can see them, I can even capture them through my camera lenses. So the words are like these photos they can only show what I have seen for few seconds but my experience with the existence of these birds are beyond those few seconds, no words or photograph can capture or explain that.  I recently felt this strong, powerful wordless communication with another human begin, If I have to simplify and flatten that experience into a one dimensional thing like this bird photograph, it was magical!

I am not the only one who rambles about such wordless communication, looks like this also one of the very few idea that I share with Osho.

Wordless communication with Existence in his own words.

Feel the beauty of it, but do not say, ”It is beautiful” – not even in the mind. Do not verbalize and gradually you will become capable of feeling the flower as beautiful without using the word. Really, it is not difficult; it is natural.

You feel first and then the word comes, but we are so habituated to words that there is no gap. The feeling is there, but you have not even felt it before suddenly a word comes. So create a gap: just feel the beauty of the flower, but do not use the word.

Posted by Uma Maheswari at 1:49 PM No comments:

A beautiful talk. Are we not stuck with single story, ideology and sometimes just with experiences through books and how easy is it to break the belief that a book puts in your mind? My image of English people as the characters of Thomas Hardy's Mayor of Casterbridge was always there in the corner of my heart until I actually met few English people 3 years back.
Do not bring any books,” his father advised him. “No one can think for you. Look out the window, talk to people...” Am I exaggerating, if I think the above advice of Jean Monnet's father was key behind making Jean Monnet the father of European Union?
Recently met few very intelligent people getting stuck with one dimensional image of books, I hope they can come out and have real experiences of 3-dimension and beyond.
Another related note by JK about breaking the boundaries and to see the reality..Hope We can empty our cups too...
Belief Hinders True Understanding
If we had no belief, what would happen to us? Shouldn't we be very frightened of what might happen? If we had no pattern of action, based on a belief -either in God, or in communism, or in socialism, or in imperialism, or in some kind of religious formula, some dogma in which we are conditioned -we should feel utterly lost, shouldn't we? And is not this acceptance of a belief the covering up of that fear- the fear of being really nothing, of being empty? After all, a cup is useful only when it is empty; and a mind that is filled with beliefs, with dogmas, with assertions, with quotations, is really an uncreative mind; it is merely a repetitive mind. To escape from that fear - that fear of emptiness, that fear of loneliness, that fear of stagnation, of not arriving, not succeeding, not achieving, not being something, not becoming something - is surely one of the reasons, is it not, why we accept beliefs so eagerly and greedily? And, through acceptance of belief, do we understand ourselves? On the contrary. A belief, religious or political, obviously hinders the understanding of ourselves. It acts as a screen through which we look at ourselves. And can we look at ourselves without beliefs? If we remove these beliefs, the many beliefs that one has, is there anything left to look at? If we have no beliefs with which the mind has identified itself, then the mind, without identification, is capable of looking at itself as it is& - and then, surely there is the beginning of the understand of oneself. - J. Krishnamurti, The Book of Life
Posted by Uma Maheswari at 8:33 AM 4 comments:

Early this spring, I told a friend that I am experiencing a divine peace and tranquility in me, which I have never experienced before. He said, with his usual tranquil smile," well! that's ..just.. may be the spring speaking"! Now the trees started changing colour and even some cold north winds started blowing. Usually the cold northern breeze makes me restless, remind me of the places I want to see, the friendships I want to make, the battles I want to fight and during those days I found comfort in my imaginary kangaroo.

But still the clever North Wind...
was not satisfied.
The Wind spoke to Vianne...
of towns yet to be visited.
Friends in need, yet to be discovered.
Battles yet to be fought.
By someone else... next time.
And so it was, the North Wind grew weary...
and went on its way.

As for Pantoufle?
Well, his bad leg miraculously healed...
and he hopped off in search of new adventures.
I didn't miss him.

And thus my spring and the peace I made with myself continues! Life cant be more beautiful and Yes! I saw the movie Chocolat today!
Posted by Uma Maheswari at 10:43 PM No comments: